Pastor Of Youth and Young Adults 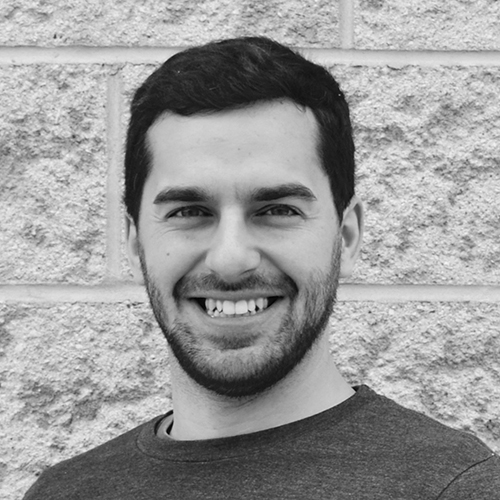 I was blessed to grow up in a large family with godly parents who passionately demonstrated and shared the love of Christ to us. At an early age after hearing the Gospel one night, I realized my desperate need for Christ and placed my trust in him. I knew that I was a sinner and did not want to go to Hell. I knew that Christ loved me, and gave his life on the cross so that I might be saved and redeemed.

As I grew, I read my Bible, memorized scripture and served in the church, but often it was out of a legalistic sense of doing what I should as a Christian. I remember asking my parents what my purpose was, and instead of giving me a simple answer they told me to search it out, to read the Bible and see what God said.

What a difference it made when my relationship with Christ became one of loving Him, because He first loved me! I started living to glorify God. John Piper said, “God is most glorified when we are most satisfied in Him.” And what a satisfying God He is! I still clearly remember the first time reading the Bible because I eagerly wanted to know more about Jesus, instead of just because I needed to – it was AWESOME!
Now, I wish I could say it was easy after that, but it’s a daily battle each day to glorify God as an obedient follower of Christ. As I struggle and often fall short, Christ proves over and over to be sufficient, directing my eyes back on Him.

In my early teens God used a couple of youth guys to come alongside and encourage me in my walk with Christ, which had a big impact in my life. So when I was 16 I started serving as a volunteer in our inner-city church’s youth ministry when we lost our “youth guy.” I had little idea what I was doing but God was graciously growing me. I’ve served in youth ever since then and I have had the immense privilege of seeing God work in amazing ways – often in ways I couldn’t even imagine.

In 2006 I joined the military full-time and served for 11 years. About a year after I joined, God in his sovereign grace, brought me to Mission City. There, I was blessed to be under the mentorship and training of some godly men and women who challenged me, along the lines of Proverbs 3:5-6 to follow the call of Christ in my life, whether in a volunteer or full-time capacity. While there, I met Leah. I couldn’t believe she was still single so I married her as quickly as I could in 2011 before any other guys caught on. A couple years later God called us to Brantford to be a part of the church plant and we’ve had the joy of serving here ever since. We now have 2 exuberant children and another on the way!

Through out these years there have been times where I wondered, “Why, God?” and there have been times that felt overwhelming, and yet in every moment God was good and showed his grace to be more than sufficient. Looking back it’s clear to see that his plan is so much better than mine (no matter how slow I am to learn that). I am so thankful to the Lord for all that He has worked in my life. He has grown in me a joy and passion to point young men and women towards a growing relationship with Christ. My hope for our church is that God would raise up a generation of youth and young adults who are passionate God-glorifying followers of Christ committed to leading the next generations in following and glorifying our great Saviour. I pray, as Paul prayed in Ephesians 3:14-19 that we would be able to comprehend the love of Christ more and more each day until the day that we get to spend eternity in His presence. What a day that will be!